Despite the rise of JavaScript, Java is far from extinct. Instead, it has thrived and grown significantly over the last decade, gaining a foothold in the device application development space as JavaScript has dominated the web. IntelliJ is an IDE that has been with Java developers since the beginning and has a thriving plugins marketplace.

Of course, a plugin is an extension that can help boost your productivity, output capacity, and overall code robustness. Here are the top and best IntelliJ plugins to be aware of in 2022.

Understanding how your database is structured and interconnected can save you days or weeks of code creation time when it comes to API and backend development. Database Navigator is a tool that allows you to work in SQL, connect to advanced databases, and perform script execution, database object browsing, and data compilation operations. You can use Database Navigator to perform SQL and database-related operations inside IntelliJ and integrate them directly into your productive code process.

Keyboard shortcuts and key cords are ways for programmers to code faster and reduce the number of keyboard strokes required. However, learning them can be time-consuming. Key Promoter X is a "Bootcamp for your hands" – or, to put it another way, a keyboard shortcut trainer that teaches you how to maximise your keyboard and reduce the dead travel time that accumulates when switching between keyboard and mouse.

Tabnine is an AI Assistant for Developers & Teams that learns your coding patterns and suggests best practices based on the code in your repo. The major difference between Tabnine and other IntelliSense plugins is that it is AI-driven with shared knowledge across everyone that uses it. Your code remains private and safe, and only the generalized language features, patterns, and implementations are shared. This means that you have access to more than a million users’ worth of combined knowledge to help you code faster and better.

Bash is a command language that is used in some form or another in almost all software development projects. BashSupport allows us to run bash commands from within IntelliJ's IDE, which eliminates the need to switch between applications and keep track of which window is which. Although support has been discontinued, the plugin is still functional and beneficial to your productivity.

Taking your fingers off the keyboard can cause you to lose time. The more you switch between using your mouse and using your keyboard, the slower and more interrupted your code flow state becomes. AceJump makes it easier and faster to navigate to different sections of code on your screen. Rather than using your mouse, arrow keys, or the search functionality in IntelliJ IDE, simply press ctrl+; as a keycord and type in whatever you're looking for. Based on which code item you want, IntelliJ will highlight the relevant matching parts and help you jump to the exact spot.

Env file support is a tool for completing environment parameters. An env file, also known as a "dot" env, is a text configuration file that contains the constants for your app's environments. It's part of the process of separating your local, staging, and production environments. Support for env files ensures that your environment variables are valid and connected to the correct locations.

Git is a term that is synonymous with software development. It's also an essential software versioning tool for processes like GitOps and DevOps. GitToolBox, which is included in the Productivity Bundle and Go bundles, integrates git into your IntelliJ IDE and allows for status displays, auto fetching, inline annotations, commit dialogue, and other useful git processes.

Prettier for IntelliJ is a plugin that provides the benefits of an opinionated code formatter. Prettier is also one of the most popular formatting and linting tools, being supported by a wide range of editors including Atom, VS Code, Visual Studio, Vim, and Sublime. This means that it can keep your code standardised regardless of which editor your team uses.

Let's face it: if there's data involved, CSV will be present in some form. CSV is a plugin that displays CSV, TSV, and PSC files in a visually appealing table format. Syntax validation, highlighting, custom colours, and inspections are also included. This means that rather than dealing with CSV-related data in its raw format, you can easily process, view, and deal with it on the fly.

SonarLint is a fantastic plugin to use in tandem with Prettier. While Prettier works on formatting and cleaning up your code, SonarLint assists you in fixing bugs, identifying vulnerabilities, and detecting code smells while you're coding. SonarLint supports C, C++, JavaScript, TypeScript, Python, C+, Kotlin, Ruby, HTML, and PHP in addition to Java.

Lightrun is a service that allows developers to monitor their platforms in various environments using logs, metrics, and traces from their IDE or CLI. Lightrun's goal is to help developers reduce debugging time by providing real-time debugging data. The IntelliJ plugin allows you to view the full content of stacks and user journeys without interrupting the running process. It also allows you to look into the deaths of data workers and the context of the exception that was thrown.

We use brackets to create scopes and restrict parts of code most of the time. Rainbow brackets make identifying bracket pairs much easier through color coordination. It can help developers keep track of where code begins and end and identify scopes and where leaks can potentially occur. When coding, it’s easy to get lost in a sea of brackets, and Rainbow is an excellent and handy tool for debugging syntax.

Maven is a software management tool that keeps your project structured and helps with the build process. However, it’s easy for Maven to grow in size, resulting in potential conflicting dependencies or bugs in test files. Maven Helper is a plugin that helps you navigate Maven files easier and run specific tasks against it to check for conflicts, open the terminal based on the current maven module path, and run debugs against files or root modules.

Orchestrating Kubernetes can be a complex process. The Kubernetes plugin for IntelliJ provides a framework for browsing cluster objects, extracting their configs, viewing and downloading pod logs, and applying YAML configs — all from the comfort of your IntelliJ editor. No more context switching and navigating between your console, jumping between namespaces, and using multiple instances to tap into the API schema. The Kubernetes plugin for IntelliJ has you covered in one space.

If you’re not working with Kubernetes, then there is a high chance that you’ll be working with Docker instead. The Docker plugin for IntelliJ IDE lets you download and build Docker images, create and run containers, along with the ability to create Docker compositions. In short, the Docker plugin lets you integrate directly with Docker in whatever format or requirement for your project.

Kotlin is the newest kid on the block and has replaced Java as the primary supported language by Android. While Kotlin is its stand-alone language, it is also compatible with Java. The Kotlin plugin lets you use your IntelliJ IDEA as a Kotlin editor, providing support for Kotlin specific language features.

While IntelliJ is predominantly known as a Java editor, it also can support Node.js applications through the Node.js plugin. This means that you can develop a Java application in conjunction with Node.js without the need to run multiple instances or consoles. The Node.js plugin also has an attached debugger and lets you debug Mocha test units right in the IDE.

Coderpillr is a perfect five-star rated dark theme for IntelliJ, with almost 30k downloads against its name. It is a dark theme inspired by Visual Studio Code’s Material Palenight and JetBrains’ Dark Purple theme. This means that Coderpillr takes the best of both themes and merges them into one supersonic color scheme that’s balanced and aesthetically productive.

An excellent dark theme can keep you from eye strain and help maintain focus through a series of marginal aesthetic gains. One Dark Theme is a color scheme that works well to achieve this through a color combination that takes muted tones and presents them with just enough contrast to make a visual impact, but not so much that it screams at you.

Dracula theme is another dark theme that comes highly recommended and is popular with developers. It is partly because the theme is supported on almost every software creation tool – including IntelliJ. Using the Dracula theme means that you can visually sync your applications with the same color scheme, reducing the mental load of context switching.

Visual novelty is a thing that can help increase your productivity. Grandianto is a dark theme that comes as a ‘pack,’ meaning that you have access to a selection of available palettes to color your IntelliJ IDE. Perks include added bold error highlight and fixed scrollbar colors. The pack comes with a range of dark themes that include shades of purple and dark green.

IntelliJ on its own is good. IntelliJ with the right plugins installed is better. When you configure your workspace for maximum productivity, your code quality increases. From productivity-enhancing tools like Database Navigator, Tabnine, and AceJump, to versioning, collaboration, and linting tools – IntelliJ has everything that you might need. All you need to do is figure out the tasks that take up multiple seconds and minutes during your code sessions – because those seconds and minutes can easily add themselves into hours over a period. Plugins help to reduce this, making you more productive overall. 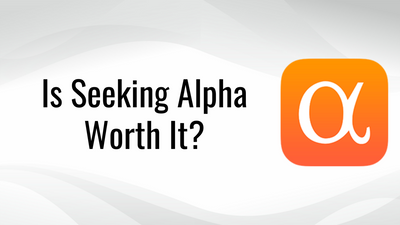 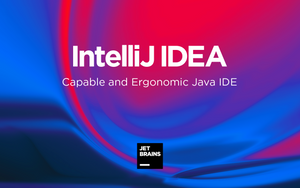