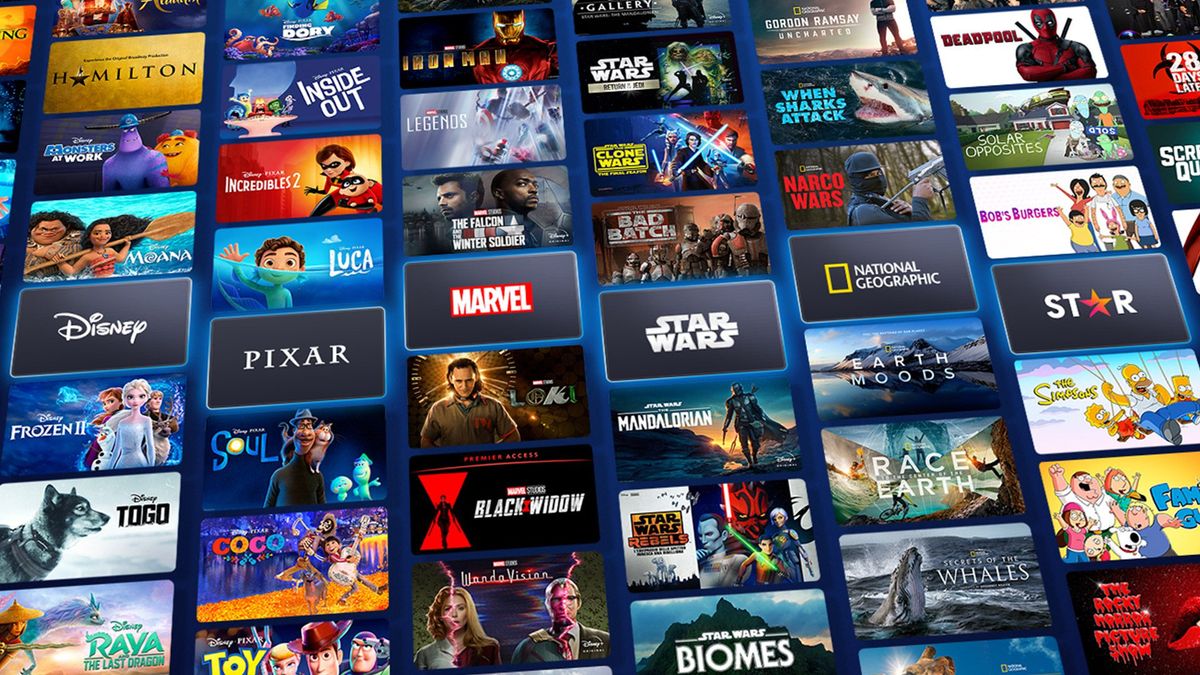 Disney Plus Review: Is It Worth Subscribing To?

The launch of Disney+ in 2019 marked a watershed moment in the evolution of streaming. For the better part of a decade, Netflix, Hulu, and Amazon Video had dominated streaming, and while a few companies—most notably CBSViacom, with CBS All-Access—had launched their own services, there was no real competition to these two digital giants.

This changed exactly two years ago, on November 12, 2019, when Disney+ debuted. Disney had previously licenced many of its films to Netflix, but by repurposing them for its own platform, it presented the first real challenge to the already established services. Disney owns three of the most successful film franchises today—Star Wars, Marvel, and Pixar—as well as decades of classic animated and live-action films and television shows. Furthermore, the studio recently completed the acquisition of Fox's entertainment assets, significantly expanding its potential streaming catalogue.

After two years, both the size of its offerings and the number of subscribers to Disney+ have grown. The COVID-19 pandemic struck only a few months after its release and massively increased subscription figures, with 103.6 million users reported in April of this year. These figures have slowed in recent months, with the studio recently revealing that it only added 2.1 million new customers in the last quarter, which is less than half of what Netflix added in the same period. Nonetheless, Disney anticipates 230 million to 260 million subscribers by the end of 2024. Perhaps an optimistic claim, but one that demonstrates that studio executives continue to believe in the power of streaming content.

Is Disney+ worth subscribing to in 2021, with so many options available? Let's take a look at the price and what you get for your money:

Cost
A monthly subscription to Disney+ costs $8. An annual subscription costs $80 per year, so purchasing a full year reduces the monthly cost to $6.67.

Disney+ also comes in bundles that combine it with two other Disney-owned streaming services, Hulu and ESPN+. If you choose the ad-supported Hulu option, the Disney Bundle costs $14 per month, while the ad-free Hulu option costs $20 per month. If you want Hulu with Live TV, you can get the Disney Bundle for $73 per month; however, this includes an ad-supported version of Hulu.

Premier Membership
Members may have to pay an additional fee. The studio recently launched Premier Access, which allows users to rent a movie that is also in theatres for $30. You pay once and can watch it as many times as you want before it is added to Disney+ months later. Black Widow, Jungle Cruise, Cruella, Raya and the Last Dragon, and Mulan were among the titles. However, with the most recent and upcoming Marvel and Pixar films only available in theatres, it's unclear what will be available on Premier Access in 2022.

The User Experience
Disney+'s website and app are extremely well-designed, making it one of the most user-friendly services available. The site features a familiar banner showcasing some of the most recent releases, while its five key properties—Star Wars, Marvel, Pixar, Disney, and Nation Geographic—are represented by buttons below, taking you to each section. Below that is a series of sections that present a variety of viewing options. Some are based on previous viewings, while others are based on a specific theme ("Disney references in the Simpsons"). Within each main area, a similar layout is used; for example, the Marvel page includes sections such as "MCU in Timeline Order" and "Marvel Origin Stories."

If you're looking for a more comprehensive list of what content Disney+ has, you can find it easily. Full listings are available from the main movie and TV pages, with alphabetical dropdown lists of every film and show available, or divided by genre.

The layout of the Android and iOS apps is very similar to that of the website and is extremely simple to use. Movies and TV shows can be downloaded for offline viewing via the app. Disney+ also includes the GroupWatch feature, which allows you to invite up to six friends to watch the movie together. However, all of your friends must be Disney+ subscribers who live in the same country as you.

Content
So, the big question is, what do I have access to on Disney+? There are hundreds of movies and TV shows to choose from, with new titles added on a weekly basis. The major franchises, of course, play a significant role, both in terms of previous releases and new content. However, there are many of Disney's classic animated films, popular properties such as The Muppets and The Simpsons, short films, documentaries, and much more. Let's take a closer look at some of the main points:

The Marvel Cinematic Universe (MCU)
The MCU debuted with Iron Man in 2008, and the franchise was acquired by Disney in 2009 when the studio purchased Marvel Studios. Shang-Chi and the Ten Rings, which was released theatrically in September, is one of 22 movies available on Disney+. There are three MCU films that will not be available on Disney+: Spider-Man: Homecoming and Spider-Man: Far From Home, both co-productions with Sony, and The Incredible Hulk, distributed by Universal.

There are also several MCU shows, with many more on the way. WandaVision, Falcon and Winter Soldier, Loki, and the animated What If...? are currently available, with Hawkeye set to debut later this month. Other shows in various stages of development and production include Moonknight, Ms. Marvel, She-Hulk, and Secret Invasion.

The Force Awakens
Disney acquired Lucasfilm in 2012, and as a result, Disney+ is jam-packed with Star Wars content. Of course, the original trilogy is present, as are the prequels and the more recent sequel trilogy. There are the spin-off films Rogue One and Solo, as well as two seasons of The Mandalorian (which will soon be joined by the spin-off series The Book of Boba Fett). There is a plethora of animated Star Wars content available, including The Clone Wars, Rebels, the fantastic new series Visions, and various Lego Star Wars specials. Fans of vintage Star Wars can also enjoy '80s classics like the Ewok Movies and the Droids and Ewoks cartoons. Unfortunately, you won't be able to find the original theatrical version of the original trilogy or the infamous Holiday Special on there—perhaps one day.

Pixar Pixar is one of Disney's most successful family franchises, with a back catalogue of incredible films dating back to 1996's Toy Story. To date, every Pixar film has been released on Disney+, including all four Toy Story films, The Incredibles, Up, Monsters Inc, Inside Out, Coco, Soul, and the most recent release, Luca. There are also numerous short films produced by the studio over the years, ranging from classics like Red's Dream and Tin Toy to more recent shorts like Bao and the Ciao Alberto.

Classic Animated Films
Disney's reputation in the twentieth century was built on groundbreaking films based on classic fairy tales. From classics like Snow White and the Seven Dwarfs and Cinderella to '90s hits like The Little Mermaid and The Lion King, they're all available on Disney+ and ready to be introduced to a new generation.

The Muppets and The Simpsons
The Simpsons is now the longest-running scripted show in television history, with 32 seasons available on Disney+, along with the 2007 film and five Simpsons specials. Regarding Jim Henson's anarchic puppet icons The Muppets, the original series of The Muppet Show, as well as the classic Muppet movies and the recent series Muppets Now, can be streamed.

The National Geographic Society
National Geographic is also available on Disney+. The TV network spin-off from the long-running magazine debuted in 2001 and has produced a plethora of documentaries ranging from wildlife shows (Shark Beach, Growing Up Animal) and documentaries about the world around us (Life Below Zero) to incredible studies of human endeavour (Free Solo, Apollo: Back to the Moon). There are also two seasons of The World According to Jeff Goldblum, in which the veteran actor offers his unique perspective on a variety of topics ranging from sneakers to barbecues.

So, is the cost of a Disney+ subscription worth it? If you have children or enjoy Star Wars and Marvel, the answer is a resounding yes. It's especially important for MCU fans who want to keep up with the ongoing franchise, as the new Disney+ shows are proving to be important parts of the story.

It also appears that the immediate future of Star Wars is on the small screen, with a number of shows set to debut in the coming years and The Mandalorian proving that it is still possible to create Star Wars content that actually makes the majority of fans happy. 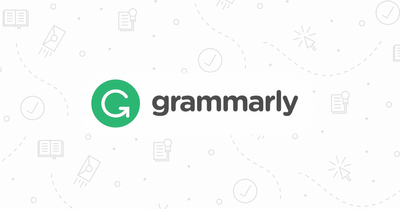 Grammarly Review (2021): Is Grammarly Worth It? My Verdict

Udemy vs Pluralsight – Which is Better? 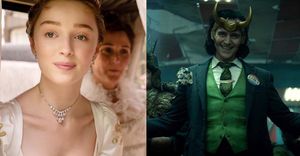 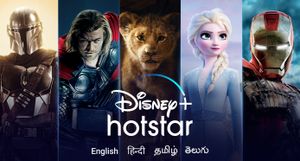